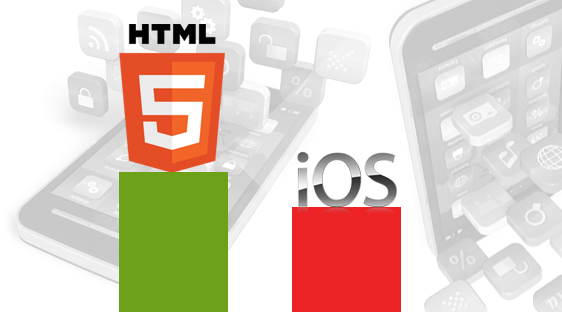 Be it any business, the ultimate task of entrepreneurs is to address the needs of its customers in every possible way. Amidst the every 5 people, 4 are holding android and rest are carrying Apple and other devices. But then, dominating all the technologies present today, iOS is found to be one of the most popular operating systems in the market. How? And why it shouldn't be as it triggers more than 60% of total revenue. Let’s have a detailed picture of it.

What’s special in adapting to iPhone app development? Well, not only that an iPhone app pitches up your customer's conception towards your brand but also proven to be an outdo medium for building robust relationship with customers. Do you think if is there any other way to survive in this digital world without brand identity?

Secondly, what is your mind meditating on? Is it the cost of creating an enterprise app? There are millions of Mobile app Development companies these days assuring sensible app costs which will also pitch up your customer's conception towards your brand

The Surprising Growth of HTML5

In many regions outside the US and Europe, iPhone app developers are choosing to create apps in HTML5 rather than iOS. While Android and iOS are the platforms in the capitalised countries have gained its audience the rest of the world favour HTML5 over iOS. According to a survey of more than 6,000 developers, regions like South Asia, South America and the Middle East and Africa prefer HTML5 as the most popular platform after Android.

So, what’s this HTML5 or Cross Platform Development? Those using web technologies such as HTML5, CSS and JavaScript to build browser and hybrid apps fall under this category. Such apps are rendered inside a web view with a native software wrapper to allow them to control more of the phone's hardware and be sold through app stores. And, in countries such as Latin America where HTML5 apps gain less support, Mozilla's decision to launch its web-app focused Firefox OS to cut down the cost. This is an open source operating system designed to run apps built using HTML, CSS and JavaScript.

However, the emerging mobile markets tallies with the modest sales of Apple iOS devices in some of these regions. Last year market strategies shows

Developer’s Mindshare With Respect To Region, 2014

However, across all primary platforms HTML5 is a popular companion platform. About 19 % of them use HTML5 to display limited web content in their apps, developing primarily on iOS or Android. For example, documentation or elements that may require frequent updating. Also, with median revenue of $425, iOS is earning devs the biggest bucks.