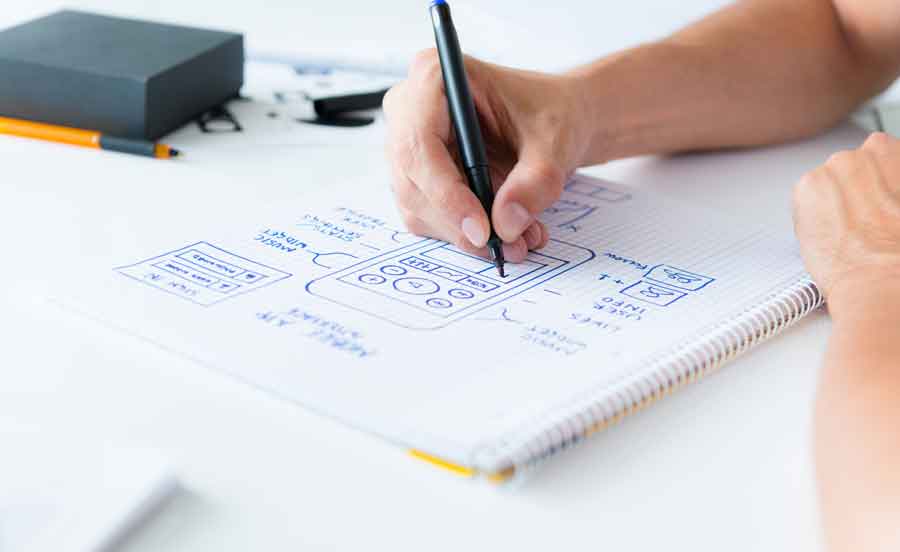 Being cautious is wise, but ignorance is an entirely different ball game. Such ignorance and lack of judgement are what made Kodak – a multi-million dollar company – buckle under the pressure and go bankrupt. Unless one anticipates the market and comes up with strategies that are in lieu with expectations, maintaining a strong –foothold – be it any industry – is not possible. The only way to up one’s game and stay ahead of the competition is DISRUPTION

Disruption - What Is It?

Disruption is the new buzzword these days with an increasing number of entrepreneurs, designers, and marketers stepping out of their comfort zone and experimenting with new techniques. While religiously adhering to tried and tested principles may win you a share of success, there’s always the possibility of fading away into oblivion at a later point in time. Disruption is the answer to drafting a sustainable success story. With the mobile app industry growing at a steady pace, it’s a wake-up call for every interface designer to embrace disruption as the new formula for success.

What Does It Mean For Developers?

The mobile app industry has gone on to become one of the fastest growing markets for businesses around the world. What first started off on a small scale has now emerged into a humongous market space with over a million apps made available. The downside of the sudden upsurge in the industry is that newer entrants into the arena may find it difficult to gain visibility. This is where disruptive mobile interfaces step in! Most designers shy away from dabbling with the unknown. But those that do have already realized that by bringing an innovative design interface to the table, disruptive interface designers can make their app stand out among the millions.

Solve Problems To Come Up With Ideas

The only difference between a regular designer and a disruptive genius is the method of approaching a particular challenge. While most designers may succumb to the fad and use the most trending and viable means of solving a problem, disruptive developers employ a different strategy. Ask yourself questions: What are you trying to achieve? Can it help the users accomplish something? Can it be made more intuitive for the users? This can help you arrive at possible ideas that can help transform the mobile app interface into something disruptive.

Simply reinventing the wheel isn’t about to get your design noticed. To be disruptive, you’ll have to create something new. No matter how absurd your idea may seem at first, the key to being disruptive is contemplation on the feasibility of bringing it to life. While it may be a hit and miss situation, risk-taking is a trait a designer must develop to taste success with their design. The “pull down to refresh” gesture is an excellent example of a risk taken by a disruptive designer that paid off well.

Creating simple, yet disruptive mobile interfaces might seem like an impossible task. But when one looks at the success of apps like Evernote that capitalized on the need for a virtual platform to store notes, it may seem easy to accomplish. The key to mobile interface design is to understand the needs of the user and follow that intuition to create simple user interfaces. For instance, Tinder chose to capitalize on a user’s natural behavior. Their simple left and right swipe feature went on to become an astounding success. If done right, you too can sow the seeds of success.

Get All The Help You Can

Sure, the idea is yours. But somehow designers presume that the entire responsibility of bringing the concept to life rests solely upon themselves. The presumption can either stem out of fear of embarrassment or maybe due to the desire to single-handedly write one’s success story. Either way, your idea is unlikely ever to see the light of the day. The valuable feedback and expertise of your colleagues can help you refine your idea and make it a reality. Learning to work with your colleagues is the best way to create a successful disruptive design.

Let’s face it – there’s only a minimal chance that your design catches on like wildfire and becomes popular. Your first idea might not kick off to a good start, but that doesn’t mean you should give up. Failures can teach great lessons. Analyze where and why things went wrong. Gaining adequate insight and remodeling your idea can help it become the next big thing in the mobile app world. The future of mobile app interfaces is here! Disrupt or be disrupted – the choice is yours!