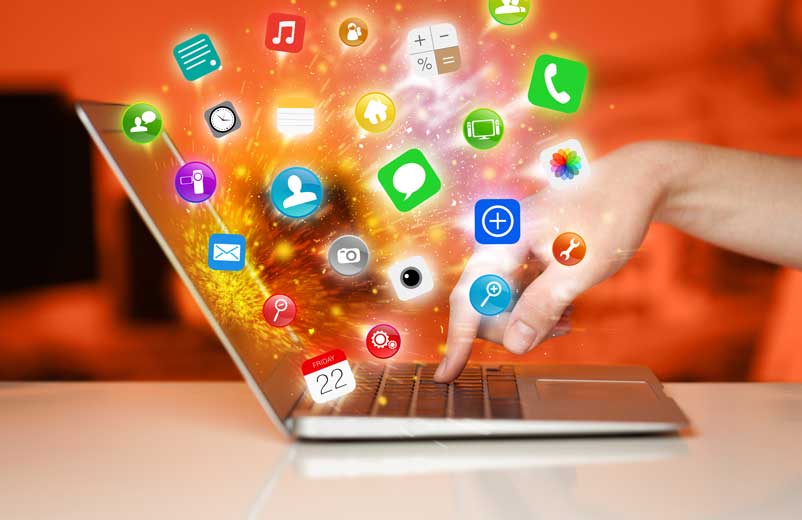 How Mobile Apps will Evolve in the Coming Years?

The market for mobile phones has already grown to an extent that trend analysts predict that by 2020, there would be 1.5 phones for every single person. The surge in the number of mobile users over the past few years has also led to a massive growth of the mobile app industry. Google’s Play Store that hit the one millionth mark in 2013 doubled the number of apps in 2016 - and the figure is still rising. But have we reached a saturation point? Is there scope for the mobile app industry to grow any further? If so, will its revenue-generating potential ebb away with time?

Let’s take a look at what the future holds for mobile apps:

Users are increasingly going mobile, with mobile devices becoming intertwined with their everyday life. Did you know? Yahoo’s Flurry Analytics report showed that 90% of user’s time on mobiles is spent with apps. Experts predict that by 2017, the App industry will grow to become $77 Billion industry, generating huge revenue from app sales and in-app advertising, reinstating the fact that the mobile app industry will only expand in the coming years.

2. Internet of Things will Prevail

From controlling your refrigerator to switching on a light bulb, wireless technology will alter our entire lifestyle. By 2020, it has been predicted that an affluent household will have hundreds of smart devices, including toys, kitchen appliances, lights, medical equipment, etc. Leading the front are mobile apps, which will act as the medium through which machine-to-machine connectivity (M2M) or IoT is achieved.

The debate over which will prevail – mobile apps or the mobile web – has been around for quite a while. Experts at the Mobile World Congress 2016 concluded that businesses would focus on engagement more, i.e., the world will be all about making information accessible, be it through apps or mobile websites. The engagement model of the future will focus on the co-existence of Mobile Apps and Mobile Web and on delivering information to the user as quickly as possible without forcing them to download an app or a plug-in first.

User demands and expectations will only grow as the technological revolution moves full steam ahead. From wearable tech to IOT, there’s a lot of new technology on the market that mobile apps need to keep pace with it or risk falling behind.